This Union Station eatery opened in 2014 and is all about the fish. In fact, it is a four-time Westword "Best Seafood Restaurant" winner, most recently in 2022, and was named to Thrillist's 2022 "Best Seafood Restaurants in Denver" list. At Stoic & Genuine, they like to say that "fish, oysters, and happiness are flown in daily." Working wonders with impeccably-sourced, sustainable fish, Executive Chef Paul Kennedy was a sous chef at Brightmarten and Euclid Hall before rising in the ranks at this gem. Diners exult over his sea scallop crudo, Thai green curry mussels, crispy whole haddock with lemongrass, lime, Fresno chili, and ponzu butter, and, of course, the epic raw bar. "There may be many fish in Denver's sea of seafood restaurants," says Westword, "but Stoic & Genuine is a real catch." The interior, by Boss Architecture, happens to be a marvel as well. We can't wait to visit here! 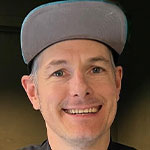 Hailing from Bellevue, Nebraska, Chef Paul Kennedy III followed his culinary ambitions to Denver, where he became a sous chef at Brightmarten and Euclid Hall before joining Stoic & Genuine. There he rose through the ranks to become Executive Chef in 2022.

At this event, we will be accommodating timely requests for separate tables rather than communal seating to the best of the restaurant's ability. Additionally, all food will be served individually-plated rather than family-style. As per local guidelines, as well as the restaurant's own policy, attendees will not be required to present proof of vaccination for entry.

Do I have to bring printed tickets to the event?
No tickets are needed.
What does the ticket price cover?
The ticket price covers the full cost of the meal.
Do guests need to be of a certain age to attend this event?
Yes. All attendees must be 21+ to gain entry.
What must I bring to the event?
Please make sure to bring a government-issued photo ID. Additionally, if you plan on purchasing beverages during the event, make sure to bring cash.
Does this restaurant allow BYOB?
No. This restaurant is a non-BYO establishment. Outside alcohol will not be permitted at this event.
Can I bring guests/non-members to this event?
Yep! For this event, guest tickets are $85 + tax & tip, and you can bring up to 3 guests. Please note, guests are not allowed to attend unaccompanied by a member.
What is the event ticket cancellation/refund policy?
Tickets to our events are non-refundable. However, for emergency requests, we may allow members to transfer their tickets to friends, provided the guest ticket surcharge of $25 is paid when transferring a member ticket to a non-member. All ticket transfer requests (as well as the guest ticket surcharge) must be sent to us prior to the event. Any guests who have not paid the guest ticket surcharge will not be allowed entry.
What COVID safety precautions will be taken at this event?
At this event, we will be accommodating all requests for separate tables rather than communal seating. Additionally, all food will be served individually-plated rather than family-style. As per local guidelines, as well as the restaurant’s own policy, attendees will not be required to present proof of vaccination for entry.
Which dietary restrictions/food allergies can be accommodated at this event?
The chef will be unable to accommodate attendees with dietary restrictions at this event. No substitutions or modifications to the menu will be available.