In 2015, Thomas and Rebecca Soukakos opened this inviting taverna on Capitol Hill that features traditional Greek recipes from earth and sea, with an emphasis on mezze, the small plates that can be shared by the table. Chef Soukakos, who has created other popular restaurants, like El Greco, Vios Café & Marketplace, also on Capitol Hill, and Vios at Third Place in Ravenna, is turning out exceptional dishes like mashari kokkinisto, which are beef short ribs served with herbed orzo and mizithra cheese, and kotopoulo, a pan-seared chicken with green olive tapenade and lemon risotto. And have we mentioned the free-flowing ouzo? It’s all served up in a modern, minimalist dining room decorated with splashes of Greece’s iconic blue. The Lonely Planet praises the food for being “thoughtfully and beautifully” prepared, while SeattleMet says, “Thank the Greek gods for Thomas Soukakos.” We'll be taking over the entire restaurant for this event, and Chef Soukakos will be on hand to field your questions and preach the Greek cuisine gospel. 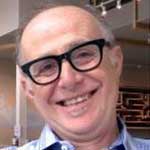 Each course will be served family-style with either 2 or 3 portions/plate depending on the number of guests you are bringing to the event (i.e. if you are attending with one guest, you will be served two portions/plate). Solo attendees will receive individually-plated courses.

At this event, we will be accommodating all requests for separate tables rather than communal seating. As per local guidelines, as well as the restaurant's own policy, attendees will not be required to present proof of vaccination for entry.

Do I have to bring printed tickets to the event?
No tickets are needed.
What does the ticket price cover?
The ticket price covers the full cost of the meal.
Do guests need to be of a certain age to attend this event?
Yes. All attendees must be 21+ to gain entry.
What must I bring to the event?
Please make sure to bring a government-issued photo ID. Additionally, if you plan on purchasing beverages during the event, make sure to bring cash.
Does this restaurant allow BYOB?
No. This restaurant is a non-BYO establishment. Outside alcohol will not be permitted at this event.
Can I bring guests/non-members to this event?
Yep! For this event, guest tickets are $85 + tax & tip, and you can bring up to 3 guests. Please note, guests are not allowed to attend unaccompanied by a member.
What is the event ticket cancellation/refund policy?
Tickets to our events are non-refundable. However, for emergency requests, we may allow members to transfer their tickets to friends, provided the guest ticket surcharge of $25 is paid when transferring a member ticket to a non-member. All ticket transfer requests (as well as the guest ticket surcharge) must be sent to us prior to the event. Any guests who have not paid the guest ticket surcharge will not be allowed entry.
What dietary restrictions/food allergies can be accommodated at this event?
At this event we will be able to accommodate all dietary restrictions and food allergies. Just make sure to update your dietary restrictions within your Account Info before or after you purchase tickets, or email us at [email protected] after you purchase tickets to let us know what your allergies/restrictions are so we can give the chef a heads up.
What COVID safety precautions will be taken at this event?
At this event, we will be accommodating all requests for separate tables rather than communal seating. Additionally, all food will be served individually-plated rather than family-style. As per local guidelines, as well as the restaurant’s own policy, attendees will not be required to present proof of vaccination for entry.