If you’ve been feeling uninspired by the Japanese/Italian/Mexican/Thai/New American food horizon, it’s time to go Dutch. And we don’t mean that in the sense of sharing the cost of a meal. We mean that it is time to discover the homey delights of authentic Dutch cooking, courtesy of Chef-Owner Joncarl Lachman and Noord, his eetcafe, or bistro, in Southwest Philly. Chef Lachman worked under chefs like Nora Pouillon at Restaurant Nora in D.C. and Anne Rosenzweig at Inside in New York City and spent considerable time in The Netherlands, his family’s ancestral home, and up in Scandinavia, collecting culinary inspirations. At Noord, you would find pickled and smoked fish, plenty of mustard, pork meatballs, beets, cabbage, bacon, sausage—everything you need to get you through a late winter night. Time Out gave Noord four stars and calls it a “quintessential East Passyunk experience.” Sadly, Noord closed in October 2021, but Chef Lachman is going to revive the concept just for us at his sister restaurant, Winkel, and we can't wait for this exclusive opportunity to savor his incredible take on Dutch cuisine one more time! 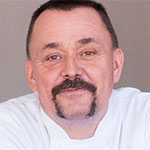 Chef Joncarl Lachman cut his teeth at NYC hotspots Restaurant Nora, Arcadia and the Lobster Club. He won the San Pelligrini Almost Famous Chef award in 2002 and three years later unveiled his Michelin ranked HB Home Bistro in Chicago. Returning home to Philly, Lachman opened Noord in 2013 and the restaurant quickly established itself as a stalwart on Eater's 38 Essential List.

Each course will be individually plated.

As per local requirements, attendees will be required to wear masks at all times other than when they are seated. If local requirements change prior to this event, the restaurant will adhere to whatever requirements are in effect at the time of this event. We will also be accommodating all requests for separate tables rather than communal seating, and all food will be served individually plated.