The first thing you need to know about Marmite is that its name is not a reference to the revered/reviled British sandwich spread derived from yeast extract, but, rather, to the traditional crockery casserole vessel seen in France. Makes sense, as Executive Chef/Owner Bruce Naftaly, a pioneer of the Seattle restaurant scene, has always been heavily influenced by French cooking. In 1980, he opened the restaurant and charcuterie Les Copains, followed in 1985 b the very popular Le Gourmand in Ballard. In 2016, Chef Nataly and his wife Sara, a celebrated baker, launched Marmite on Capitol Hill’s Chophouse Row. There is much to love here, from the house-made potato chips with rosemary, lemon, and smoked sea salt, to the duck rillettes croquettes, to the green leaf-wrapped skate wing with grapes, spinach flan, and pork belly crumble. Seattle Magazine heralds the “triumphant return of Seattle’s French cuisine king” and promises that “you’ll love what the Naftalys are doing here.” We will be taking over Marmite for this event, and Chef Nataly will be on hand to answer your questions and discuss his long and distinguished career as a restaurant owner. 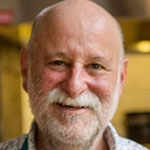 Chef Naftaly is widely respected as one of the pillars of Seattle's dining scene. In 1977 he became head chef of Rosellini's Other Place, hailed at the time by Seattle Weekly as "Seattle's most brilliant young chef." In March of 1985 he opened Restaurant Le Gourmand, earning himself a James Beard Award nomination for Best Chef Northwest. After retiring from Le Gourmand in 2012, he and his wife Sara opened Marmite in 2016, once again to thunderous applause.

Do I have to bring printed tickets to the event?
No tickets are needed.
What can/can't I bring to the event?
Please bring your ID as well as cash if you plan on purchasing beverages.
Are there ID requirements or an age limit to attend?
Yes. ID is required and you must be 21+ to attend.
What is the event ticket cancellation/refund policy?
Tickets to our events are non-refundable. However, for first-time emergency requests, we may allow members to transfer their tickets to friends, provided the guest ticket surcharge of $25 is paid when transferring a member ticket to a non-member. All ticket transfer requests must be emailed to us prior to the event and the guest ticket surcharge of $25 must be paid prior to the event. Guests who have not paid the guest ticket surcharge will not be allowed entry.
What does the ticket price cover?
The ticket price covers the full cost of the meal.
Can I bring guests/non-members to this event?
Yep! For this event, guest tickets are $70 + tax & tip, and you can bring up to 3 guests. Please note, guests are not allowed to attend unaccompanied by a member.
What dietary restrictions/food allergies can be accommodated at this event?
The chef will be unable to accommodate attendees with allium restrictions at this event. For other allergies or special diets, please note that accommodations can only be made if you Update Your Dietary Restrictions or email us at [email protected] no less than 72 hours before the event.