This extraordinary eatery in the Ravenna neighborhood, which opened in 2017, was promptly named one of "America's 38 Essential Restaurants" (Eater, 2018), "Best New Restaurant" (James Beard, 2018), and one of the "40 Most Important Restaurants of the Decade" (Esquire, 2019). Owner/Chef Edouardo Jordan, whose first restaurant was the highly acclaimed Salare, set out to glorify the Southern food he grew up on in his native St. Petersburg, Florida. At JuneBaby, he serves superb versions of staples like collard greens, pork neck, chitlins, black-eyed peas, cornbread, and biscuits, but he focuses just as much on education, telling the stories of soul food and its origins in slavery. "First and foremost, we're here to feed people good food, which happens to be Southern food," says Chef Jordan, named one of "16 Black Chefs Changing Food in America" by the New York Times. "When they ask questions, we're here to answer those questions—like, what chitlins are, where Sea Island peas come from, and why we get our rice from Florida." We're over-the-top excited to visit JuneBaby and to hear from Chef Jordan about the amazing but too often undervalued pillar of American cuisine that is soul food. 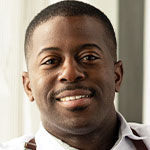 A Florida native, Chef Edouardo Jordan graduated from Orlando's Le Cordon Bleu in 2005. He honed his craft in NYC at three-Michelin-starred Per Se and Michelin-starred Lincoln Ristorante before moving to Seattle, where he rose in the ranks from sous chef to chef de cuisine for James Beard Award-winning Matt Dillion. His first restaurant, Salare, opened in 2015, with JuneBaby following in 2017. He is a two-time James Beard "Best Chef: NW" Award-winner.