Imagine buttermilk fried chicken, lobster and crawfish pie, red grouper with grits, sweet tea pickles, and, of course, biscuits, all elevated to the highest level of culinary art, and you have Fixe Southern House. Located in the downtown IBC Bank Tower, this clubby-feeling establishment features antique sideboards, framed mirrors and the like, but the centerpiece, of course, is the food itself, which has earned Fixe a place on Open Table’s list of the “Best Southern Restaurants in the U.S.” Executive Chef/Co-owner James Robert comes by this food honestly, having been born and raised in Opelousas, Louisiana in a family where everyone cooked. He has worked at fine Austin eateries, including Brio Vista and Eddie V’s at the Arboretum and now, at Fixe, he is deep-diving into his culinary heritage with a sense of celebration and adventure. We will be taking over Fixe for this event, and Chef Robert will be chewing the fat with us, answering your questions and discussing the many ways that Southern cuisine is such a national treasure. 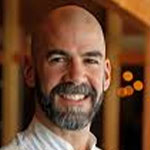 Born and raised in Opelousas, Louisiana, Chef Robert graduated from the New England Culinary Institute, quickly cutting his teeth at the esteemed L'Espalier in Boston. Eventually relocating to Austin, he honed his craft under Guy Villavaso and Larry Foles at Brio Vista before taking the Executive Chef position at Eddie V's. In 2013, he opened his first restaurant, Fixe Southern House.

Do I have to bring printed tickets to the event?
No tickets are needed.
What can/can't I bring to the event?
Please bring your ID as well as cash if you plan on purchasing beverages.
Are there ID requirements or an age limit to attend?
Yes. ID is required and you must be 21+ to attend.
What is the event ticket cancellation/refund policy?
Tickets to our events are non-refundable. However, for first-time emergency requests, we may allow members to transfer their tickets to friends, provided the guest ticket surcharge of $25 is paid when transferring a member ticket to a non-member. All ticket transfer requests must be emailed to us prior to the event and the guest ticket surcharge of $25 must be paid prior to the event. Guests who have not paid the guest ticket surcharge will not be allowed entry.
What does the ticket price cover?
The ticket price covers the full cost of the meal.
Can I bring guests/non-members to this event?
Yep! For this event, guest tickets are $70 + tax & tip, and you can bring up to 3 guests. Please note, guests are not allowed to attend unaccompanied by a member.
What dietary restrictions/food allergies can be accommodated at this event?
At this event we will be able to accommodate all dietary restrictions and food allergies. Just make sure to update your dietary restrictions within your Account Info before or after you purchase tickets, or email us at [email protected] after you purchase tickets to let us know what your allergies/restrictions are so we can give the chef a heads up.