Just a year old, this delightful restaurant, located near the border of Lakeview and Lincoln Park, is a celebration of French-Canadian cuisine. Racking up an armful of accolades in a very short time, it has received a 2022 Michelin Bib Gourmand Award, a Jean Banchet Award as Best New Restaurant of 2022, and got five stars from Time Out Chicago. Executive Chef Ryan Brosseau grew up in southern Ontario, the fertile breadbasket of Canada and that nation's largest farming region, where the emphasis is on cooking what one grows and raises, making use of the whole animal, canning and preserving, and having very little food waste. Chef Brousseau moved to Chicago in 2010 to work in the kitchens of Perennial Virant, Found, and Table, Donkey and Stick before serving as opening executive chef for the highly acclaimed Le Sud. Ontario's signature ingredients—the freshest produce, heritage pork, game meat, wild fowl, lake fish, and artisan cheeses—are all amply represented on the menu of this very special eatery that, according to Time Out's reviewer, "provides a reminder of all the magic that restaurants can offer." 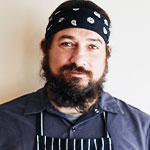 Chef Ryan Brosseau grew up in Ontario, but his love of cooking was born at his grandmother's nearby farm. He's taken the skills he learned from her to the kitchens of Le Sud (where he served as Executive Chef), Perennial Virant, Found, and Table, Donkey and Stick. He is a graduate of Le Cordon Bleu College of Culinary Arts in Chicago, where he's lived since 2010.

Do I have to bring printed tickets to the event?
No tickets are needed.
What does the ticket price cover?
The ticket price covers the full cost of the meal.
Do guests need to be of a certain age to attend this event?
Yes. All attendees must be 21+ to gain entry.
What must I bring to the event?
Please make sure to bring a government-issued photo ID. Additionally, if you plan on purchasing beverages during the event, make sure to bring cash.
Does this restaurant allow BYOB?
No. This restaurant is a non-BYO establishment. Outside alcohol will not be permitted at this event.
Can I bring guests/non-members to this event?
Yep! For this event, guest tickets are $80 + tax & tip, and you can bring up to 3 guests. Please note, guests are not allowed to attend unaccompanied by a member.
What is the event ticket cancellation/refund policy?
Tickets to our events are non-refundable. However, for emergency requests, we may allow members to transfer their tickets to friends, provided the guest ticket surcharge of $25 is paid when transferring a member ticket to a non-member. All ticket transfer requests (as well as the guest ticket surcharge) must be sent to us prior to the event. Any guests who have not paid the guest ticket surcharge will not be allowed entry.
What dietary restrictions/food allergies can be accommodated at this event?
At this event, we will be able to accommodate all dietary restrictions and food allergies except for dairy allergies. Please make sure to Update Your Dietary Restrictions within your Account Info before or after you purchase tickets, or email us at [email protected] after you purchase tickets to let us know what your allergies/restrictions are.
What COVID safety precautions will be taken at this event?
At this event, we will be accommodating all requests for separate tables rather than communal seating. Additionally, all food will be served individually-plated rather than family-style. As per local guidelines, as well as the restaurant’s own policy, attendees will not be required to present proof of vaccination for entry.